Are you yearning to be a ‘plantita’ but anxious you might do your plants harm? 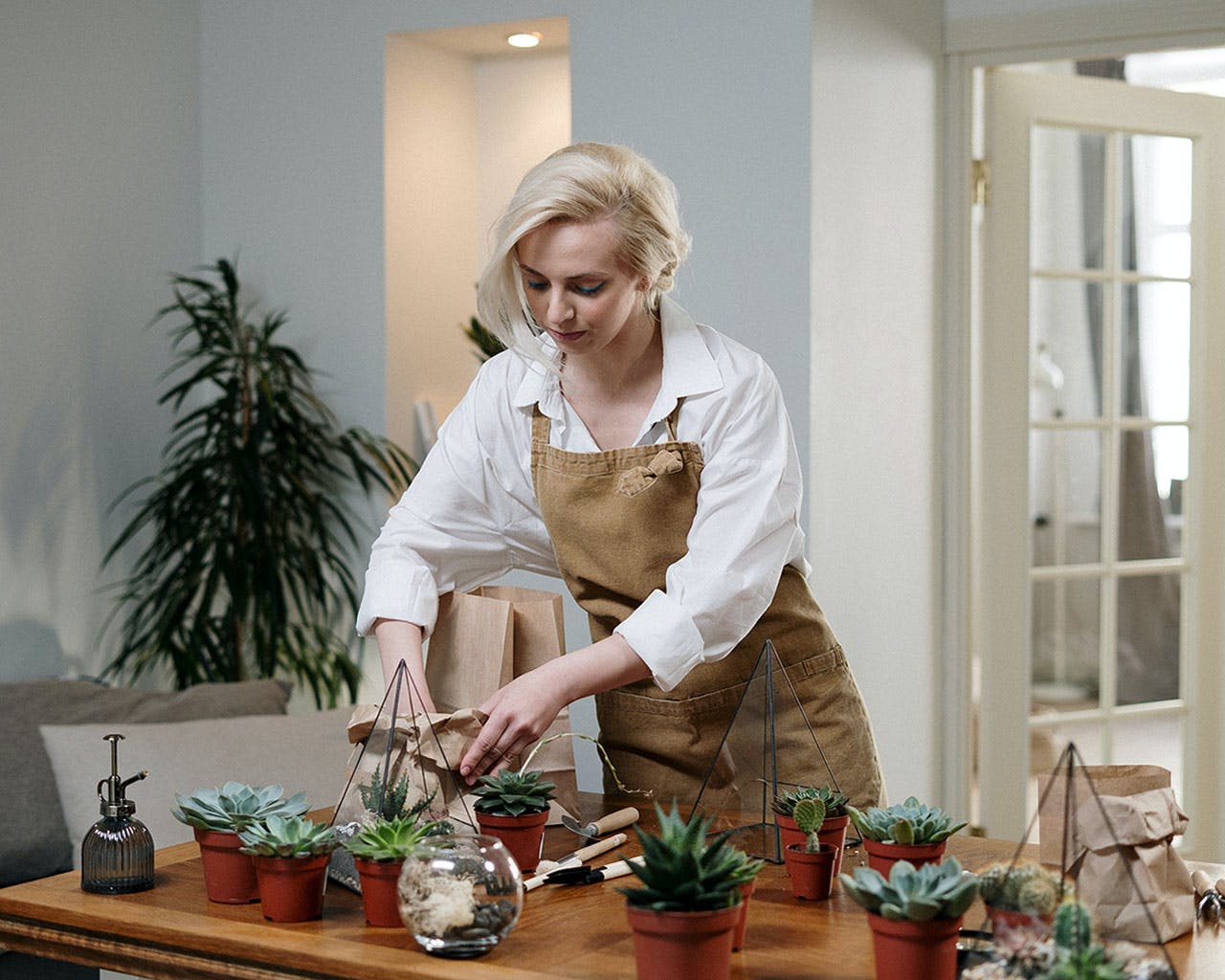 In case you missed it, caring for plants has become a big movement, especially in the last 9 months –what else would people do at home during the lockdown? So many have already joined the bandwagon, and the rise of this trend is evident on social media as people unabashedly admit to turning into plantitos and plantitas (others call themselves hala-moms) with their new hobby that often starts with just one tiny plant, then two, then five, until their space is taken up by an entire ecosystem. But oh, how Mother Nature loves us for it!

Aside from purifying the air inside our homes, plants also help ward off negativity and stress. “[You know that] something great awaits as you see them grow day by day,” says Erwin Botin, owner of TERRA (formerly Terra Manila) potted plant products, whose mission is to spread the joy of plant parenting.

But alas, not everyone has a green thumb. Muriel, a mom of one, recalls how excited she was to buy her first plant, a fiddle leaf fig tree, from an online seller. “It was a very popular plant and almost everybody had it, so I figured it was easy to care for,” she says. However, less than a month after her purchase, the leaves of her 1,000-peso fiddle leaf fig tree suddenly turned brown and it eventually died, despite giving it what she knew to be the proper care and attention.

If you’re a first-time plant parent, it can be nerve-racking to see your plant in distress – maybe even traumatic to some. The key is in choosing well. Here are some hard-to-kill plants to help you get started, until such time you are ready for more. 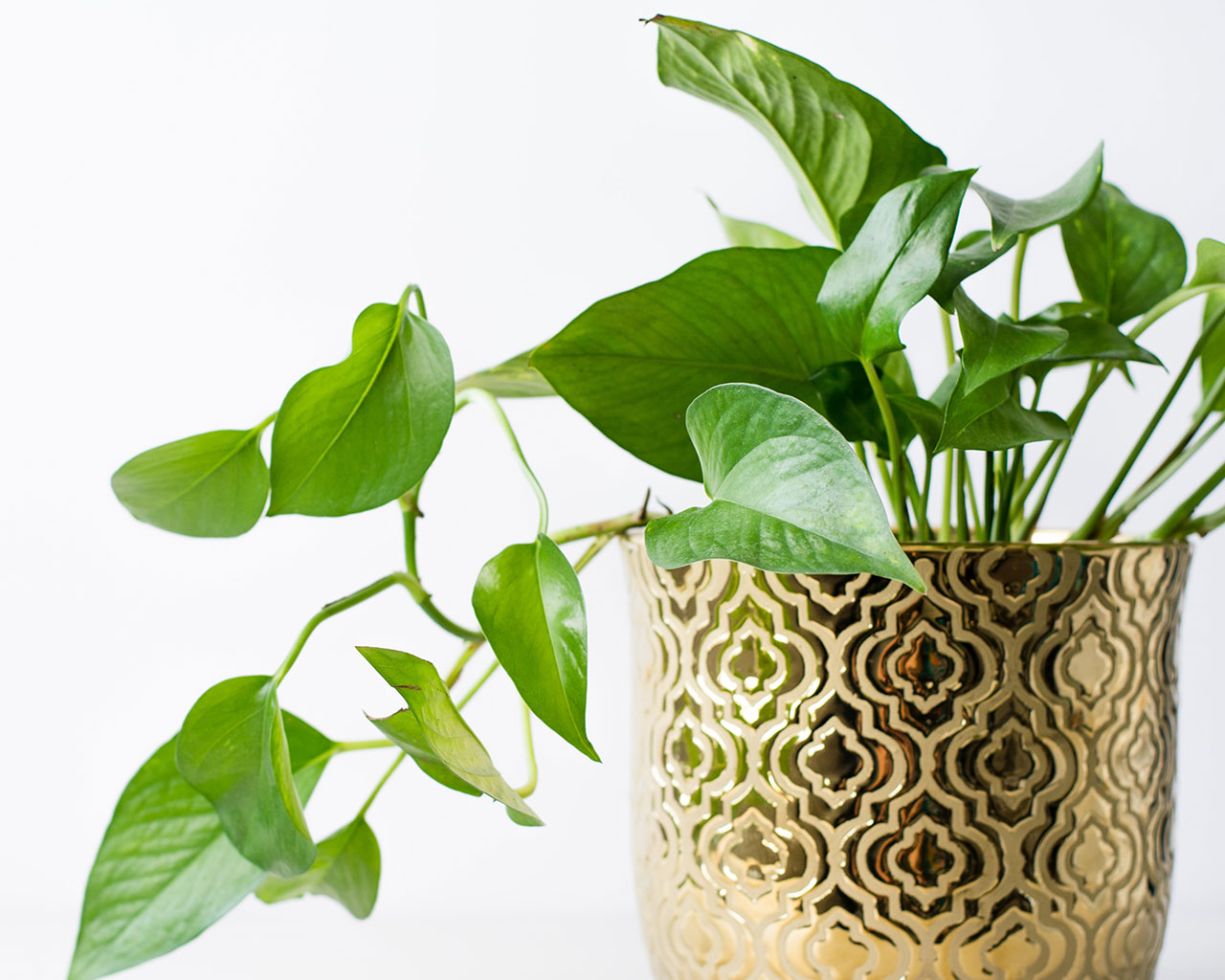 Epipremnun aureum or pothos is one of the easiest household plants to take care of. Sometimes called ivy arum, hunter’s robe, or money plant, the pothos thrives in partial shade and indirect sunlight. Avoid direct sun exposure or its leaves will burn.

According to Erwin, the pothos can withstand low light and dry conditions, which is perfect if you’re a bit forgetful or are still getting the hang of being a plantita.

To maintain a healthy pot of pothos, allow the soil to drain out entirely between waterings. Stick your finger two inches into the soil -- if soil sticks to it, it’s not yet time to water the plant. 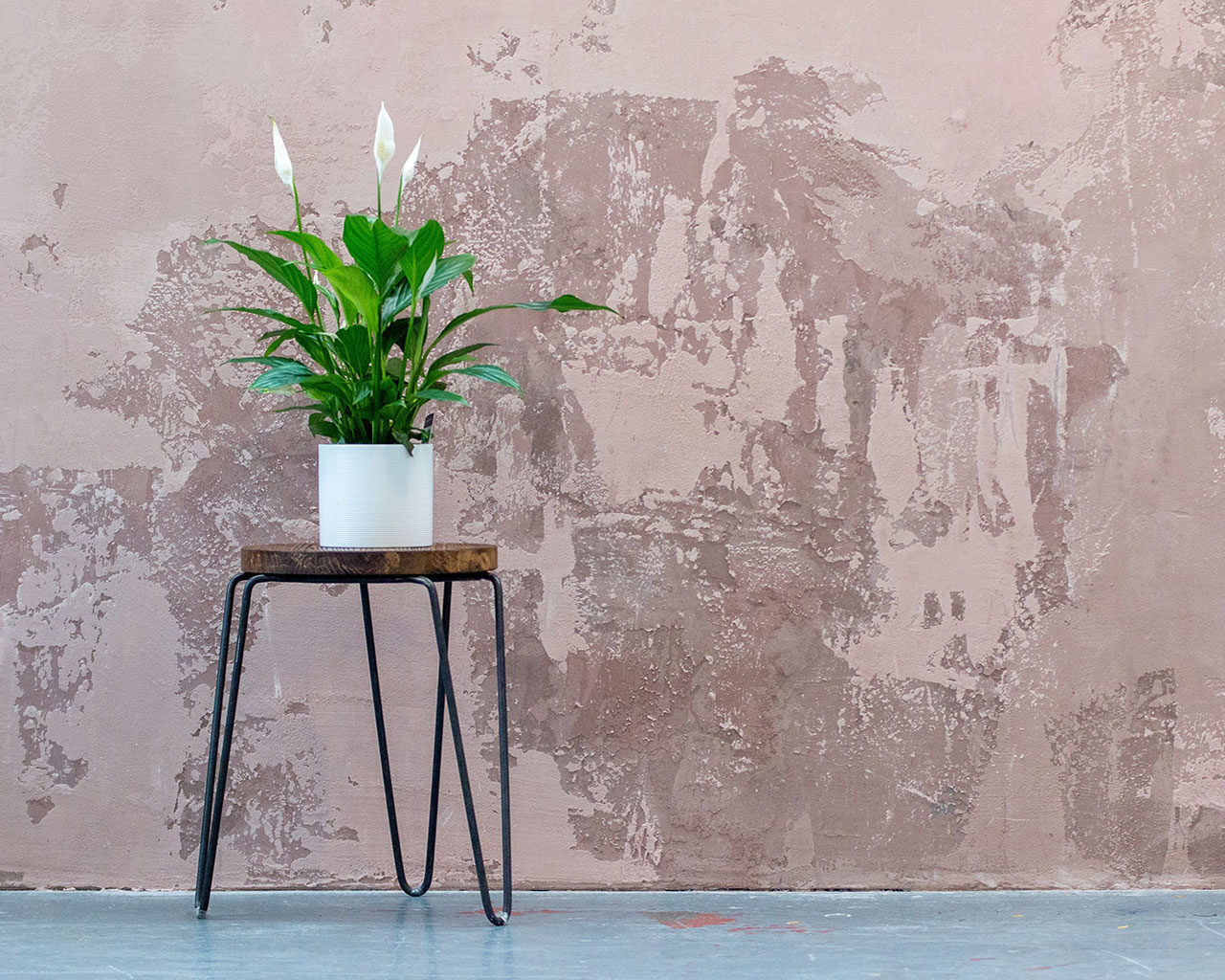 Spathiphyllum or peace lilies are tropical and evergreen plants notable for their air-purifying capacities. According to a NASA research, it can kill up to 90% of potentially threatening toxins in the air such as benzene.

Peace lilies thrive indoors and tolerate fluorescent lights, making it suitable to place inside your home or office. According to Erwin, peace lilies grow well with room temperature, do not demand too much light, and don't need to be fertilized frequently. 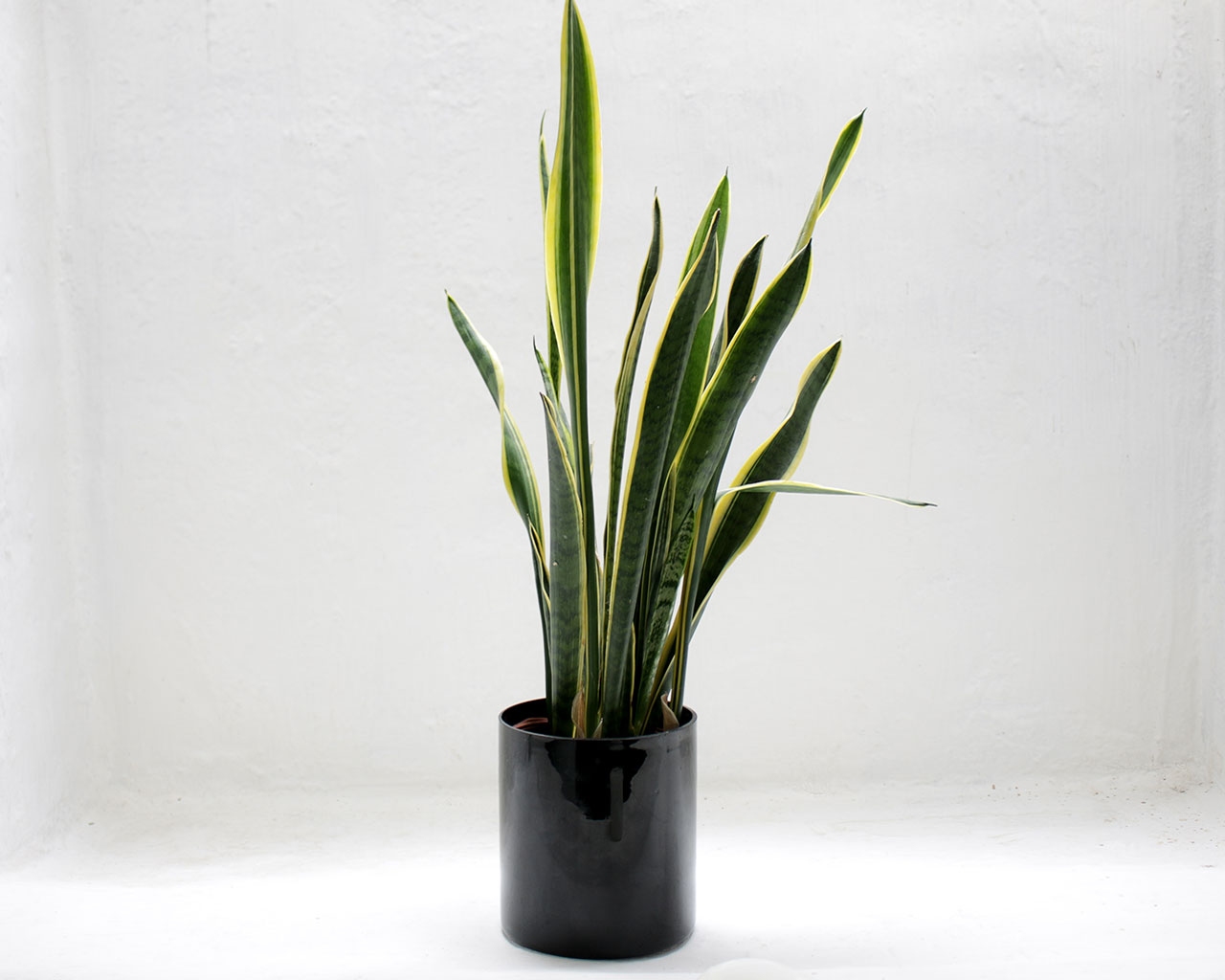 Also known as sansevieria or Mother-In-Law’s Tongue, the snake plant is a flexible succulent that features slender sword-like leaves, which grow out to two inches or longer. It is known for its ability to survive in fairly dry environments.

Indirect sunlight best suits this potted plant and when it comes to watering, less is more! Make sure to allow the soil to dry out and check if it’s well-drained. 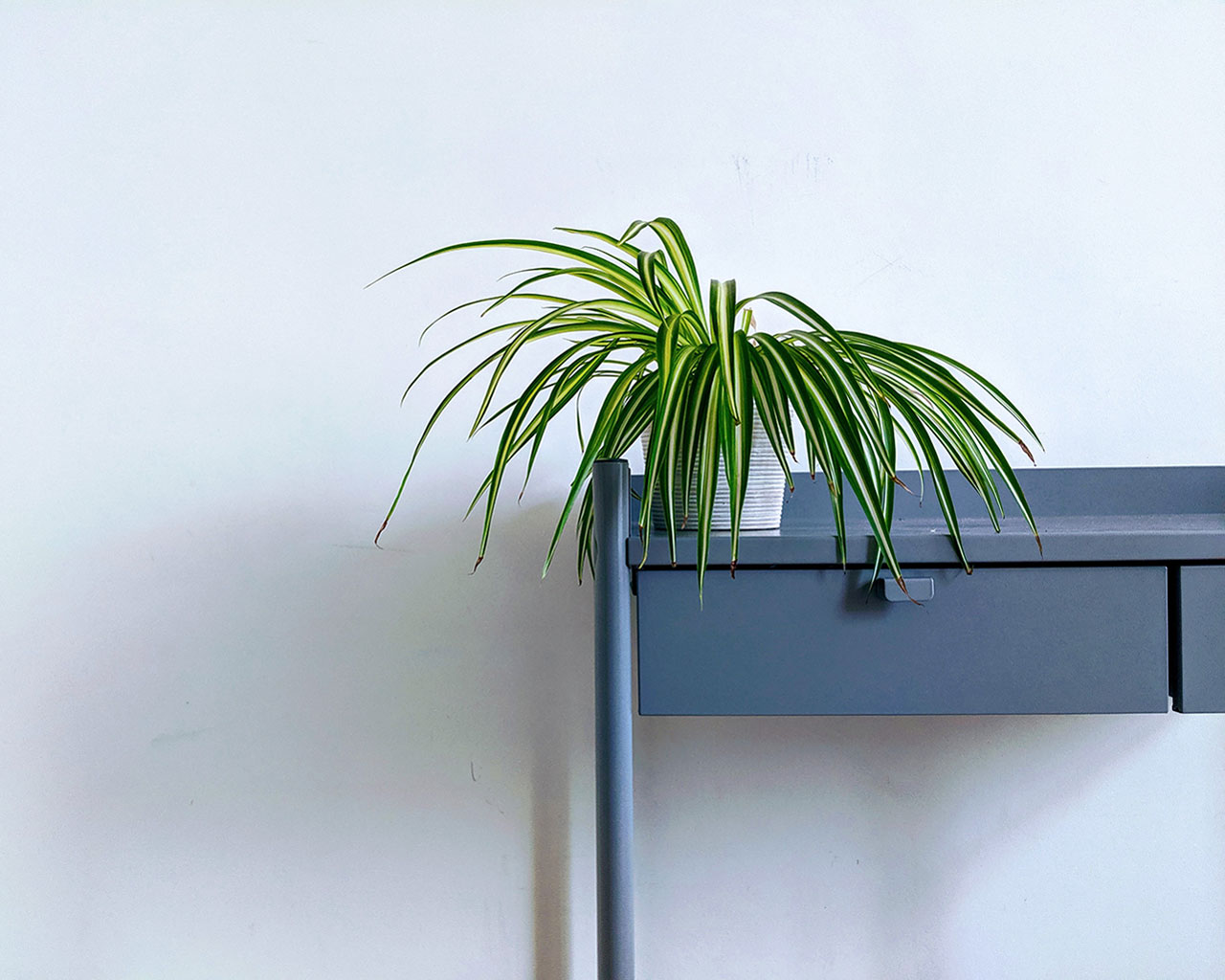 Scientifically referred to as chlorophytum, the spider plant is a great pick for newbie plant parents because of its adaptable and undemanding nature. Its variegated foliage displays spider-like leaves, which resembles an arthropod’s features.

Spider plants help improve air quality, reduce stress, and boost your mental health. Ideally, it should be placed near a window, where enough bright light can be obtained, but it also enjoys cool environments ranging from 55 to 65 °F.

As with the snake plant, the key here is to let the soil dry completely between waterings. It occasionally requires moisture during its initial growth, so be mindful of excessive watering as it can lead to root rot. 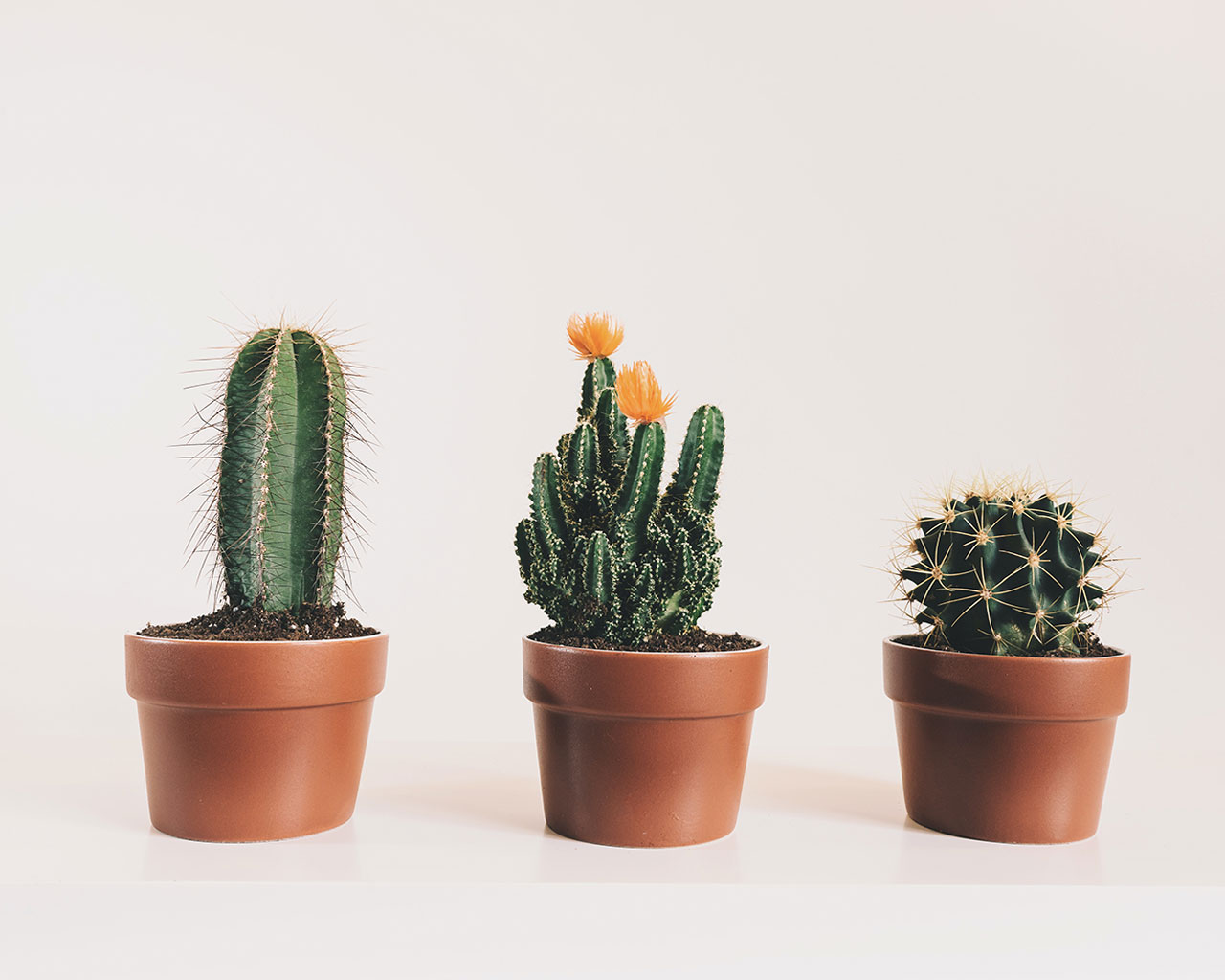 One the most identifiable succulents is the cacti or cactaceae, with its prickly spines and rounded body. Known for its presence in deserts, cacti can endure arid surroundings with low water requirements.

Erwin shares that cacti are the best plants for busy people and is perfect in your home or office.

While most cacti thrive in bright daylight, direct exposure to the sun will lead to discoloration, making it look bleached. Insufficient ventilation, on the other hand, may result to an uneven growth pattern. To avoid this, simply rotate the pot of your cacti occasionally to maintain a balanced growth.

During its growing state, the cactus should be watered at least once or twice a week, then reduced to once every three to four weeks on cold seasons. Overhydration is the leading cause of death among cacti.

With these low-maintenance indoor plants that are beginner-friendly, you’ll soon be on your way to becoming a full-fledged plantita.