Achieve Deep Sleep Through Music With This 16-Hour Playlist

Do you keep waking up at night? Here’s how you can trick your body to relax. 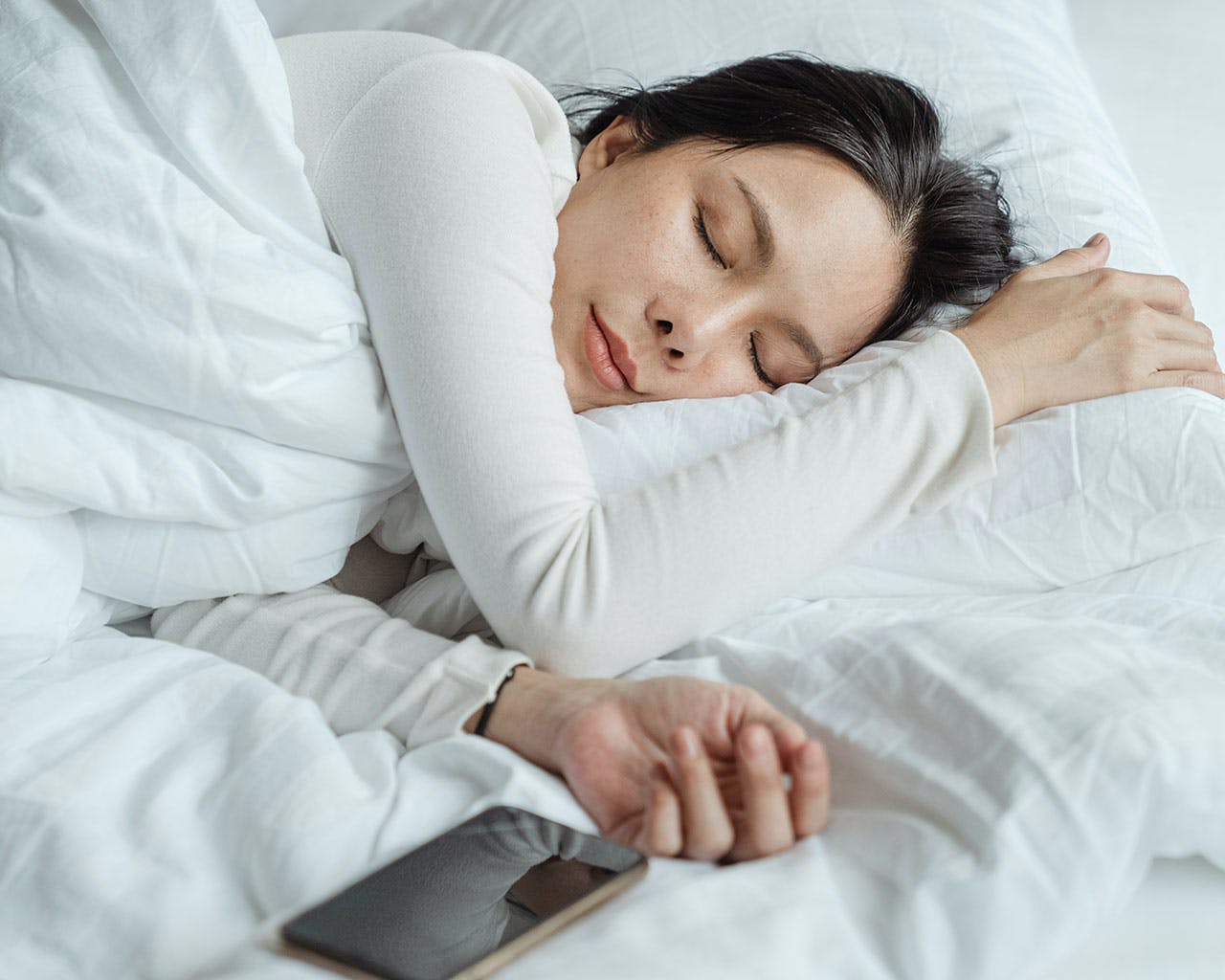 Are you having a difficult time falling asleep these days? All the uncertainties and negativity we are facing during this pandemic could be the culprit. As sleep becomes more elusive, you will notice that your mood, productivity, and your physical and mental well-being suffer, too.

Some people turn to medications to put them to sleep, but it’s important to know that drugs in general may cause side effects that are potentially dangerous, especially if you take them without the advice of a medical expert.

“Sleep is one of the basic human survival needs and is a period of rest for the body,” says Rovy Jervis Malasan, a family medicine practitioner.

She also shares that several hormones are released during sleep, such as the growth hormone, which helps the body repair itself, and melatonin, which controls sleeping patterns. The level of cortisol, a stress hormone, is also low during periods of rest.

According to the National Sleep Foundation guidelines, most working adults require between seven and nine hours of sleep per night while infants, school-aged children, and teenagers need more for proper growth and development. Those over the age of 65, on the other hand, need seven to eight hours per night.

Quantity or quality of sleep?

However, it is not enough that you get the prescribed number of hours of sleep – the quality of your sleep is just as important.

Deep sleep, sometimes referred to as ‘slow-wave sleep’, is the third stage of non-rapid eye movement sleep, which occurs during the first half of the night. In this stage, your heartbeat and breathing are at their lowest level, and your muscles are relaxed. The brain waves also slow down during this period, which makes it difficult for a person to wake up, even if there was a loud noise.

According to Healthline, the benefits of deep sleep include improved glucose metabolism in the brain, which sustains short- and long-term memory, boosts immunity, and restores energy.

“Eating or drinking sweet and caffeinated products during midday is discouraged as it can stimulate the brain,” says Dr. Malasan. “Opt for decaffeinated drinks instead.”

Consuming alcoholic drinks before bedtime, on the other hand, can cause shallow and interrupted sleep.

Morning exercise is recommended to ensure that your core body temperature and stimulating hormones, cortisol and adrenaline, are low during the night. A warm bath or some light reading would also help your body to prepare for rest, adds Dr. Malasan.

Music for the body and soul

If these still won’t help you doze off, there’s one more thing you can do to trick your body to relax: listen to music.

Music is an effective tool to put those tense muscles at ease. Apart from being widely accessible, music can be personalized too, soothing both body and soul.

“It [music] can even help people with sleep problems by improving sleep efficiency, which means a more consistent rest [period] and [fewer instances of] waking up during the night. It either directly promotes sleep or reduces factors that interfere with sleep,” says Dr. Malasan.

According to the SleepFoundation.org, tempo, which is measured based on the amount of beats per minute (BPM), is a factor to consider when curating a music playlist. Music that’s around 60 to 80 BPM is the suggested tempo for sleep music as the normal resting heart rate ranges from 60 to 100 BPM.

Similarly, a 2014 study showed that sedative music with a tempo of 60 BPM improves the quality of sleep by extending the duration of deep sleep, particularly for people with long sleep latencies.

Healthline reports that ‘pink noise’ or sounds that are ‘flat’ or ‘even’ have the ability to aid sleeping. Examples of these are nature sounds that include heartbeat, rustling leaves, steady rain, and wind. A 2012 study also found that participants who listened to pink noise while sleeping have acquired more instances of deep sleep than those who slept in a silent room.

Aside from the recommended BPM, Dr. Malasan suggests choosing music without words, and which do not evoke strong memories or emotions.

If you’re in search for a soothing set of tunes, try out this Deep Sleep playlist from Spotify which runs for 16 hours continuously, or experiment with your own playlist until you find the mix that works best for you!