Can’t Wait! 10 Movies That Are Premiering July To December 2021

Would we be able to watch some of them in cinemas soon? 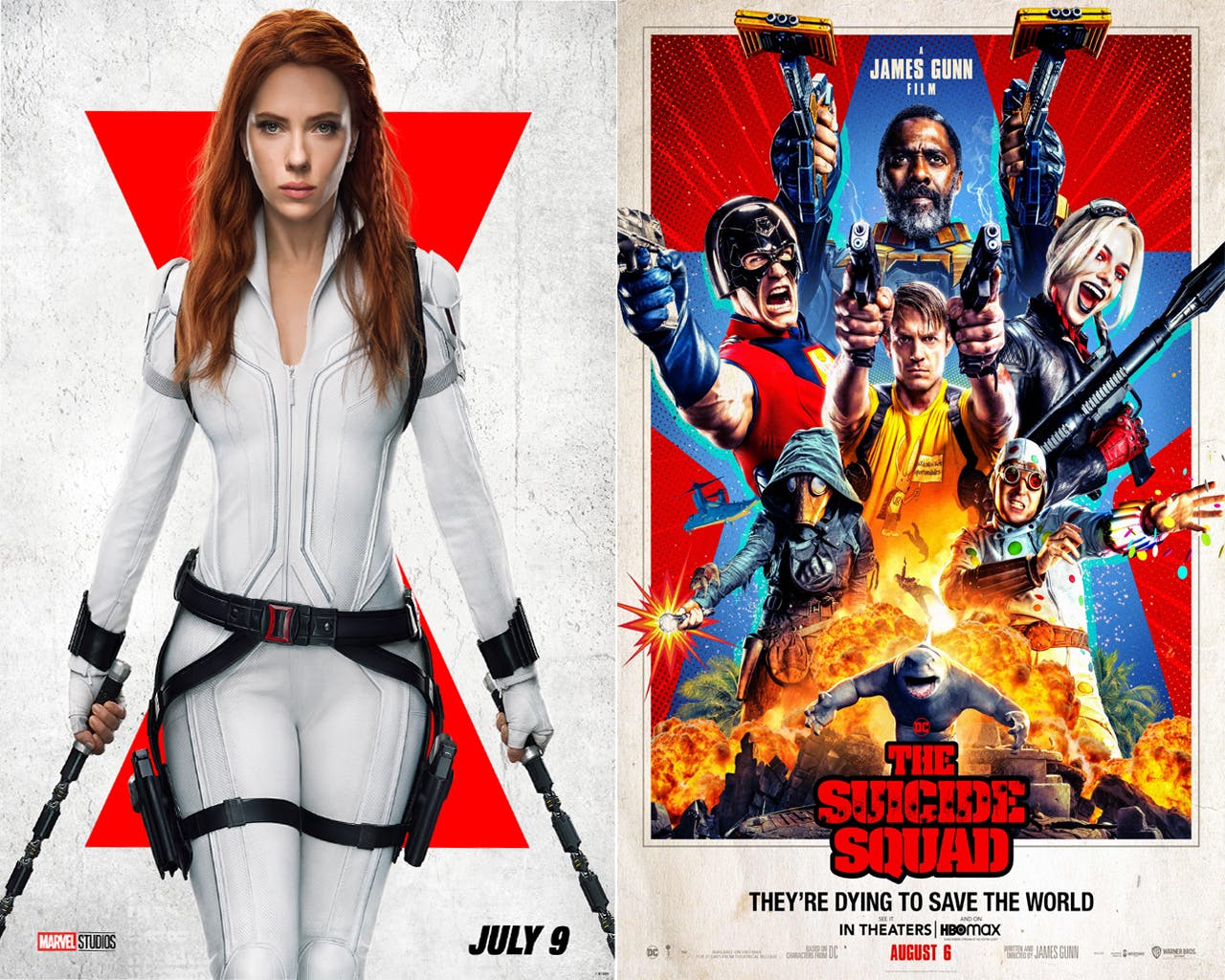 All hope is not lost for cinephiles, because as theaters and cinemas are slowly reopening around the world, we’re optimistic our turn will happen soon! In the meantime, video streaming applications are around to satisfy our need to watch films, without risking our health.

As we strut our way into the second half of 2021, bring out the popcorn and have a social distancing date by watching these upcoming films!

Marvel fans, you won’t have to wait any longer, because the much-awaited Black Widow film is finally coming to our small screens in July this year!

The movie is set after the events of Captain America: Civil War (2016), where Natasha Romanoff, a.k.a. Black Widow, finds herself on the run to confront her past. We will have a glimpse of Natasha’s life before she became an Avenger as she deals with forces that will stop at nothing to bring her down.

Get ready to see some girl power with Scarlett Johansson and Florence Pugh’s action scenes, because we just know they’ll be amazing!

You can watch Black Widow on Disney Plus.

Award-winning actors Piolo Pascual and Alessandra de Rossi are the lead stars for this 2021 Netflix film. It centers on two long-time best friends TJ (Piolo Pascual) and Amanda (Alessandra de Rossi), who both deal with their complicated relationships as they figure out where they stand in each other’s lives.

Fun fact: Both lead stars actually worked behind the scenes too, with Alessandra being the film’s director, and Piolo as a co-producer!

You can watch My Amanda on Netflix.

Here’s a family movie to see with your kids! Hang out with Bugs Bunny, Daffy Duck, and the rest of the Looney Tunes gang as LeBron James and his son Dom get trapped in a digital space where they need to play basketball against the unbeatable champion AI’s.

It’s a fresh take on animation that your little ones will surely love!

You can watch Space Jam: A New Legacy on HBO Go.

Set 40 years after the first film, The Tempelton brothers are now grown-ups and living their own lives, which made them drift away from each other. However, a new Boss Baby comes enters the picture and brings them back together, and maybe stirs up another family business in the middle of it all.

While the film was released in North America on July 2, we can expect that it will arrive in the Philippines during the second half of this year!

Boss Baby 2: Family Business will soon be available in theaters.

For those who are aching for some DC Extended Universe content, you will definitely love this! The Suicide Squad (2021) is a standalone sequel to Suicide Squad (2016). This time, however, ex-Marvel Studios director James Gunn will be taking the lead as the 2021 film’s director.

Harley Quinn (Margot Robbie), Robert DuBois (Idris Elba), and the rest of the squad are sent on a mission to take down Jotunheim, a Nazi-era prison and laboratory that holds political prisoners and conducts experiments. That is, if they survive the battle against giant, telepathic alien starfish Starro.

You can watch The Suicide Squad on HBO Go.

This upcoming science fiction film stars Hugh Jackman, Rebecca Ferguson, and Thandiwe Newton. It is set in futuristic Miami that is slowly being flooded by rising sea levels.

Nicolas (Hugh Jackman) offers his clients the chance to relive any memory they desire, but when he meets a mysterious woman named Mae (Rebecca Ferguson), things get a little complicated.

You can watch Reminiscence on HBO Go.

Shang-Chi and the Legend of the Ten Rings

The 25th installment in the Marvel Cinematic Universe, Shang-Chi and the Legend of the Ten Rings, will be screening in early September of this year.

Shang-Chi, played by Simu Liu, is a skilled martial artist who was trained to be an assassin by his father. When he stumbles upon the Ten Rings organization, he finds himself forced to confront the past he thought he left behind.

Shang-Chi and the Legend of the Ten Rings will soon be available in theaters.

Singer-actress Jennifer Hudson takes the lead in the upcoming biographical musical drama film “Respect”, as she takes the role of Aretha Franklin.

It tells the story of how Franklin started in her father’s church choir and how she eventually grew up to become an international superstar, and of course, the Queen of Soul.

Respect will soon be available in theaters.

After being delayed thrice since its initial July 2020 release, the third Ghostbusters film will finally hit the theaters on November 11, 2021.

It tells the story of a family who moved to a farmhouse in Oklahoma, which was left to them by the children’s late grandfather. A series of earthquakes rattle the community, and not long after, the children discover that their grandfather was involved with the original Ghostbusters.

When a supernatural phenomenon threatens the town, they are left with no choice but to use the Ghostbuster’s equipment to save it.

Ghostbusters: Afterlife will soon be available in theaters.

If you’re looking for a kid-friendly film that can make your little ones appreciate the power of music, “Sing 2” is it!

This animated comedy film is the sequel to Sing (2016), featuring the ever-optimistic koala, Buster Moon and an all-star cast of performers! Get ready for the dazzling, glittery world of entertainment, and let Bono, Halsey, Tori Kelly, Scarlett Johansson, and many more, remind you that music can heal even a broken heart.

Sing 2 will soon be available in theaters.