He got the nickname “Son of Netflix” for a reason! 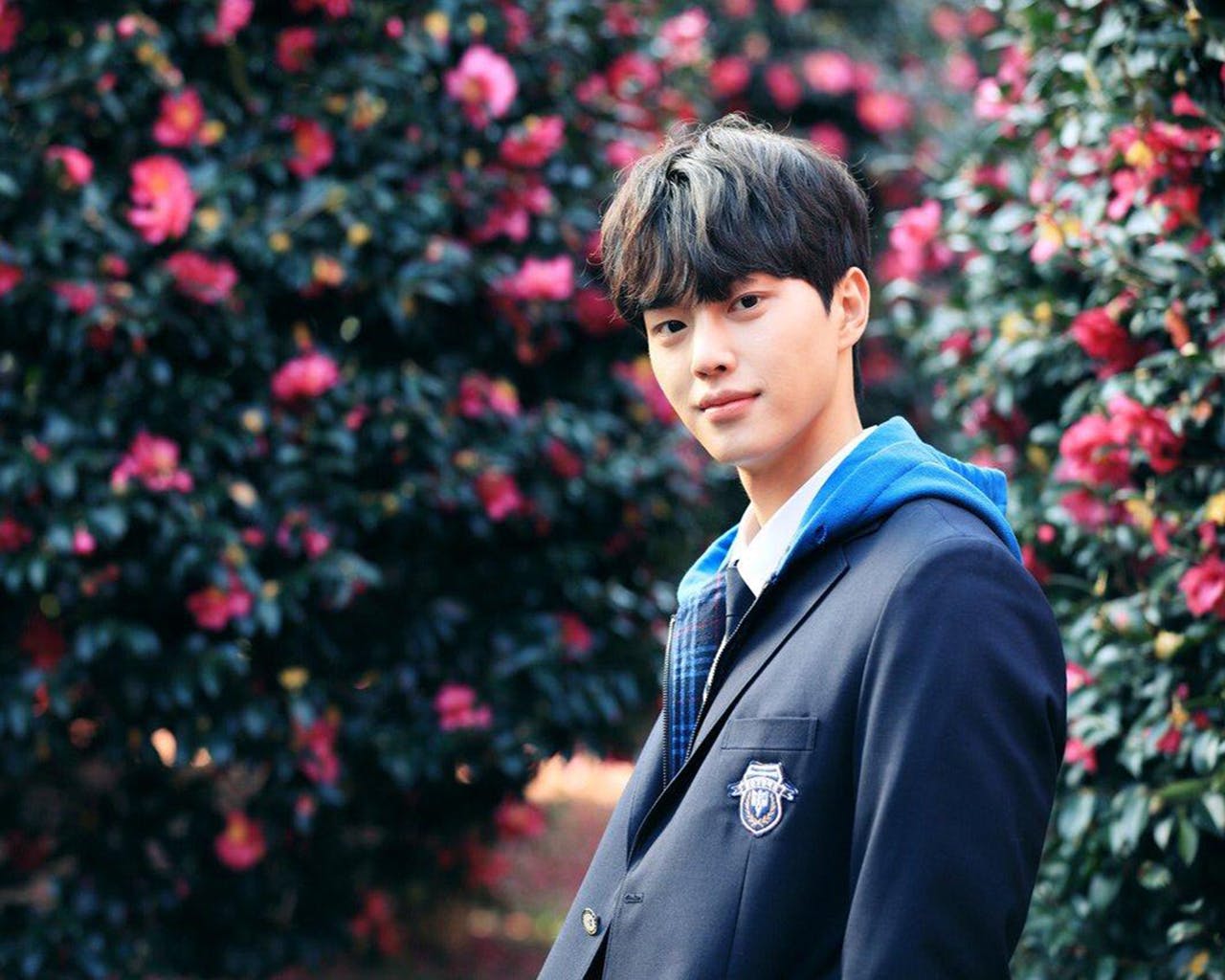 Song Kang got stan Twitter into a frenzy, as the release of his newest Netflix Original "Nevertheless" graced our small screens and left us all wanting for more. He plays Park Jae Eon, a flirtatious art student known to be a player, who meets Yu Na Bi (Han So Hee), an art student whose perspective on love changed after a recent heartbreak.

His character became a popular topic on social media, that it even sparked conversations about red flags and relationship do’s and don’ts.

ICYDK, Song Kang was nicknamed the “Son of Netflix” because of his acting credits on the streaming giant. He currently has six shows on the platform, four of which he is the lead.

In a press conference on March 8, 2021, Song Kang addresses the nickname and says that it motivates him to work harder on his future projects. He says, “I am just very, very grateful and when I hear those nicknames, it just motivates me to do better and work harder.”

If you love Song Kang and are aching for the next episode of Nevertheless (since, you know, we only get one episode per week), here are 5 shows you can binge-watch for the meantime!

The Liar and His Lover is a 2017 Korean drama starring Lee Hyun Woo and Park Soo Young (popularly known as “Joy”, a member of famous K-Pop girl group Red Velvet).

The show centers on a genius music composer Kang Han Gyul (Lee Hyun Woo) who is living a secret identity when he meets talented singer and student Yoon So Rim (Joy). When So Rim starts a career in the music industry, she slowly discovers all of Han Gyul’s lies and confront obstacles along the way.

Song Kang plays Baek Jin Woo, the guitarist of the band Mush & Co., and So Rim’s childhood friend. Spoiler alert: he has a crush on her!

Stream The Liar and His Lover on Netflix.

Yoo In Na and Lee Dong Wook lead this 2019 Korean drama about actress Oh Jin Shim (Yoo In Na), who is under fire for a scandal that damages her entire career, leaving her jobless for two years.

The only way to get a role in an upcoming television series is for her to gain experience as a secretary to a lawyer named Kwon Jung Rok (Lee Dong Wook). And yup, you guessed it right! The two eventually fall in love.

What surprised most fans, however, is Song Kang’s cameo as a delivery man on the 13th episode of the show!

Stream Touch Your Heart on Netflix.

Love Alarm is based on a webtoon of the same name by Chon Kye Young. It revolves around high school students living in a technologically advanced South Korea, where a mobile application called “Love Alarm” can predict whether someone within a ten-meter radius has romantic feelings for them.

The show was widely embraced by global fans that it got an update just this year with a brand-new season!

It tells the story of a high school student who moves into an apartment building after he lost his family in a tragic car accident. However, the true battle begins when he finds himself fighting monsters that are trying to wipe out humanity. Other tenants in the apartment building are trapped within the vicinity, and they help one another survive.

Song Kang was nominated as Best New Actor at the 57th Baeksang Arts Awards for his role on Sweet Home.

Navillera follows the story of a 70-year-old retired mailman Shim Deok Chul (Park In Hwan) who wants to pursue his dream of learning ballet. However, his family does not support his decision.

He meets 23-year-old ballet dancer Lee Chae Rok (Song Kang) at the dance academy, who was on the brink of giving up dancing because of his financial struggles. But meeting Deok Chul gave him a glimmer of hope.

Navillera is an inspiring Korean drama that people of all genders, ages, and social status can relate to.

Working Pinays Assure New Grads, It’s Okay To Have A Job Unrelated To Your College Degree

How To Unclog the Sink, Get Rid Of Funky Odors, And Other Cheap Fixes To Home Problems Courtesy Of Slater Young

#HomeCha Fans, Cheer Up! Kim Seon Ho Is ~Rumored~ To Star In These Upcoming Projects

Dress Like A Minimalist: These 12 Clothing Staples Are All You Need In Your Closet
onefeed
Show more
onefeed Top headlines from the OneNews network

Why Do My Bills Keep Piling Up? 3 Habits That Keep You In Debt

October 12, 2021 Yssa Cardona
Do You Tend To Overspend? Here Are 7 Apps That Will Help You Stay On Budget These Young Filipinas Built Their Clothing Store Businesses From The Ground Up A Beginner’s Guide To Investing: Did You Know You Can Start With Just P500? Stream And Earn: Why Kumu Will Be Your Next Moneymaking Gig
Entertainment

October 18, 2021 Zechariah Perez
7 Pretty Planners Or Journals You Can Buy Now So You Can Start Planning Your 2022 What Camera Should You Get If You Want To Be A YouTuber? These Brands Are Popular Among Vloggers Where To Get Those Instagrammable Mirrors That Will Level Up Your Selfie Game Shh, We Won’t Tell: 11 Christmas Gift Ideas For Your Partner That You Can Buy On A Discount